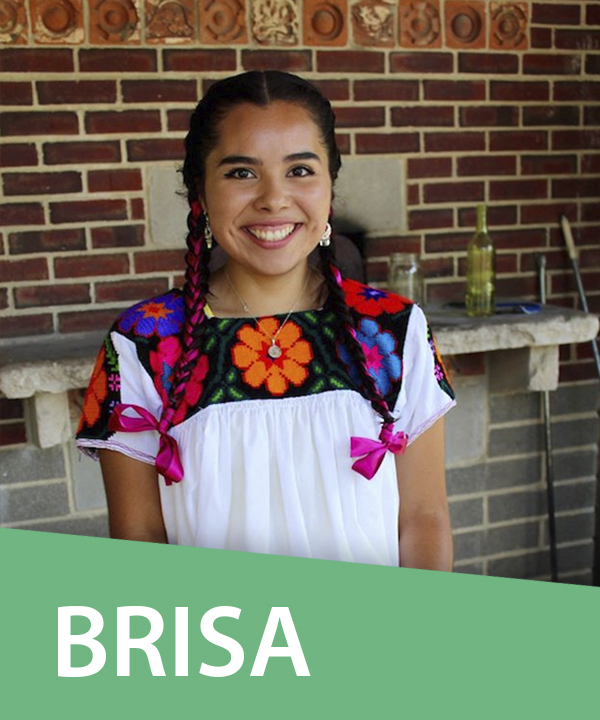 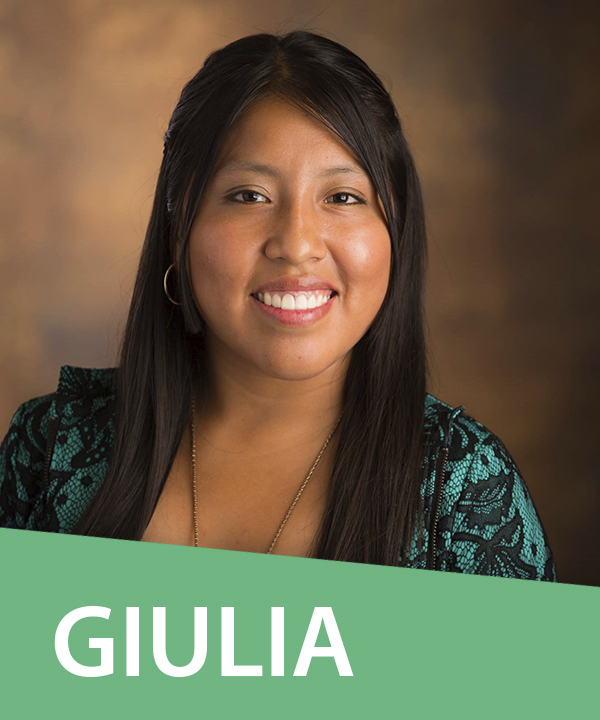 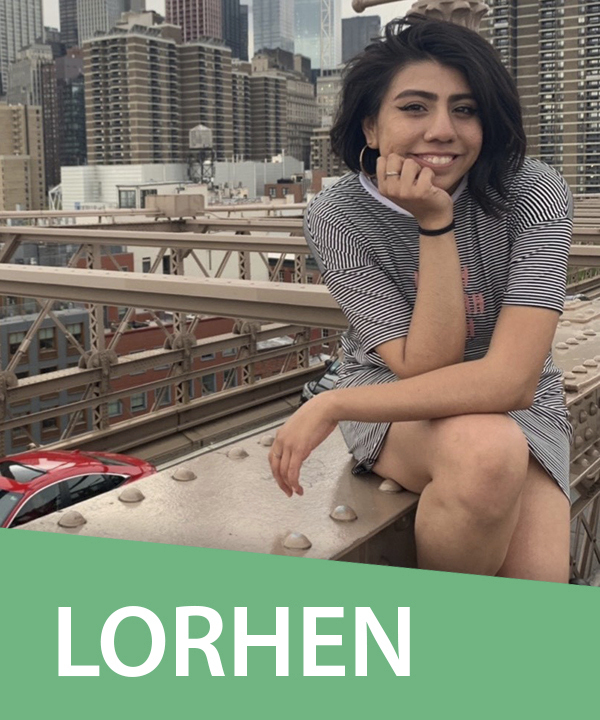 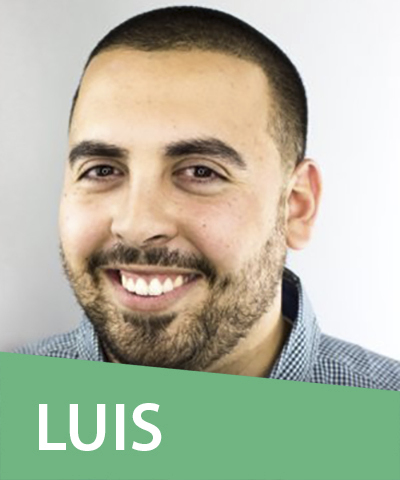 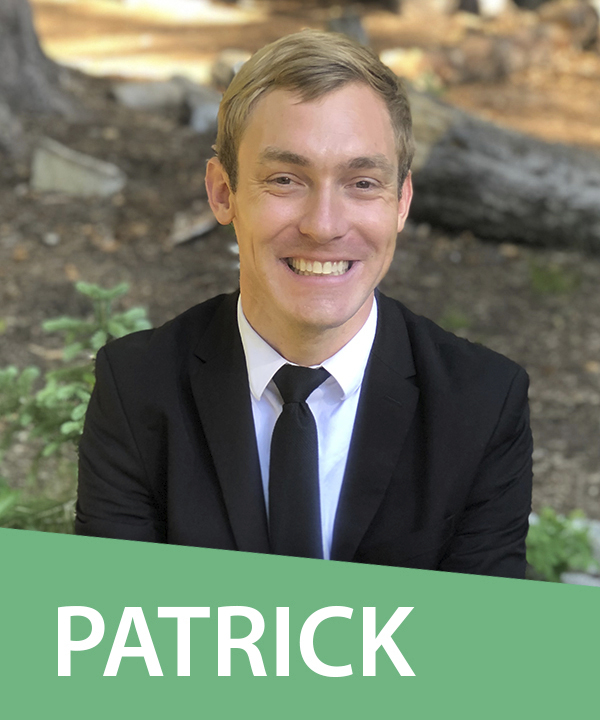 I applied to the MA in Latin American Studies after working on migrant rights projects as well as refugee resettlement. I wanted to better honor the vast plurality of languages and cultures of Latin America and learned that the University of Utah offers Nahuatl language courses.

As an undergraduate, I majored in International Studies (focusing on Latin America) and Political Science and was primarily interested in (im)migration and the interrelated histories (modern and contemporary) of the U.S. Southwest and Mexico.

Dr. Armando Solorzano was an incredible mentor to me as an undergraduate! He continually urged me to read more and think deeper. He also helped me prepare to present at a conference in Mexico and invited me to participate on the translation team (English to Spanish) for his forthcoming book.

As a graduate student in LAS, I helped coordinate the Critical Latino Indigeneities Symposium, which was an incredible experience. I also participated in two winter Nahuatl language courses in Zacatecas, Mexico, two summer courses in Connecticut, USA, and two visits to communities in la Huasteca, Veracruz, Mexico, all of which were profoundly transformative.

I work as the Scholarship and Events Coordinator in International and Area Studies at the University of Utah and also try to stay current on Latin American literature and soccer!

Raised by indigenous Quechua speaking parents, I understood the barriers they faced in pursuing a higher education degree in Peru. This led me to discover my passion in creating more equitable opportunities for indigenous communities in Latin America, which is what led me to this major.

Taking courses catered to understanding this topic, taking part in UROP, and finding faculty experts in different areas, such as someone in the math curriculum, history of Latin American, and others that understand the process of research, as well overall conducting my study abroad in Lima, Peru all allowed me to be invested in this topic.

Meeting such open-minded and culturally accepting classmates. Enjoyed meeting individuals that have traveled or were from different parts of Latin American and sharing our experiences was amazing.

I would advice first stop and think what your interested in or passionate about and cater your coursework in the LAS major to helping you understand and build on that knowledge. Whether its politics, anthropology, business, there is an abundance of coursework you can take, but you will get the most out of it if you know how you want to use it.

Currently, I am The Second Year Program Coordinator/Advisor at the Center for Ethnic Student Affairs Office.

I was on a journey of self discovery when I chose to major in Latin American Studies. Growing up in the U.S., Latin America was rarely discussed in school. I wanted to know more about the histories, cultures, and peoples that influenced who I am today.

Faculty in Latin American Studieswere extremely helpful, especially Dr. Rebecca Horn. She never hesitated to go the extra mile to ensure I understood concepts from class and supported me as a student and person. The Foreign Language and Area Studies Fellowship provided a once in a lifetime opportunity, and I was able to travel to Zacatecas, Mexico to participate in an intensive Nahuatl program. None of this would have been possible without the support of my classmates and the guidance of my advisor.

The most memorable part of my time in Latin American Studies was sharing the journey with my classmates. I will forever cherish the relationships built and continue to stay in touch with my LAS fam.

Don't let money be the determining factor on whether you pursue your passion or not. Latin American Studies is important,and you'll find ways to incorporate it into your career.

Now a days I can be found working with first-generation students as the Coordinator for the Trio SSS program at the University of Utah. I am also a graduate student in the Educational, Leadership & Policy program, where I am exploring using Hip-Hop pedagogy in student affairs.

I ended up in Latin American Studies because of Professor Holzner. I had approached him about being my thesis professor,and he pointed me towards various classes that would supplement my thesis. He introduced me to the major,and I endedup looking through some of the classes that were offered. While I had never heard of the major beforehand, the classes spoke to various topics that had always sparked my interest. They varied from public health to political advocacy,and I knew that this was the route I wanted to take. I ended up declaring the major pretty quickly after speaking with him. I ended up declaring the major for various reasons. First, I enjoyed the intersectionality of the topics that were presented. The classes didn't just explore and follow the historical trajectory of the region but they also spoke about a plethora of other subjects. They focused on political movements, international relations, public health, art, and many other topics that allowed students like myself to explore our personal interests through a different framework. Furthermore, it allowed me to explore my own ancestry in Mexico. I could learn about the country I was born in and the country that my family grew up in. It allowed me to explore all the cultural, political, and social nuances that my parents grew up in. Most importantly, it opened a new found love of the region.

As an undergraduate student, I focused a lot onimmigration. My honors thesis ended up being about the politicization of immigration and asylum policies.

The whole faculty and departments folks helped a ton in various ways. I got book suggestions and event suggestions from the majority of the people that I wouldcome in contact with. One of the most memorable opportunities was when I got to see Vicente Fox speak at the University and at a dinner later that same day. It was interesting to see how he approached the question of immigration as a former president of Mexico. Furthermore, I had the opportunity to take a class on Mexican government and policy and another class on the whole region's historical background. I'm incredibly grateful that resources of all sorts were available through various people in the department.

My most memorable experience was having advisors and faculty that were willing to mentor and guide me throughout my undergraduate career. It was comforting to know that I always had guidance in the decisions I made and the opportunities I wanted to pursue.

Go for it! I think there is something for everyone in Latin American Studies. This type of regional study allows you to explore various areas of interest within different populations. It’s fascinating to examine how different each country in the region is and how that impacts their journey as sovereign nations.

I am going to the University of Chicago to get my Master's of Arts in Latin American Studies and then I plan on attending law school!