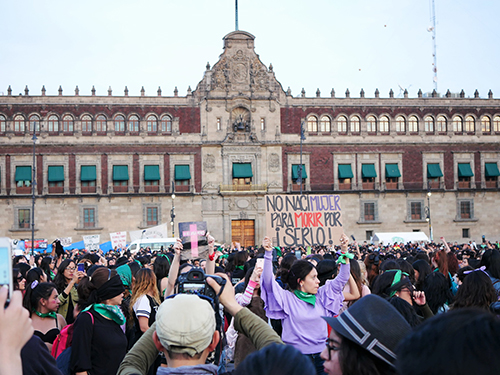 Expressive Power of Anti-Violence Legislation: Changes in Social Norms on Violence Against Women in Mexico

While a significant amount of research has examined the conditions giving rise to legal and policy reform on violence against women (VAW), there is less understanding of whether or not new VAW laws have been accompanied by changes in behavior and attitudes. Has the adoption of VAW legislation—a huge priority of feminist movements since the 1970s—produced social change? This paper presents evidence for a cautiously optimistic assessment of the power of VAW laws to alter social norms, based on analysis of four waves of survey data from Mexico.

Mala Htun is Professor of Political Science at the University of New Mexico, Deputy Director and co-Principal Investigator of ADVANCE at UNM, and Special Advisor for Inclusion and Climate in the School of Engineering. She works on women's rights, social inequalities, and strategies to promote inclusion and diversity. Htun is the author of three books, most recently The Logics of Gender Justice: State Action on Women’s Rights around the World, co-authored with Laurel Weldon (Cambridge Press, 2018).