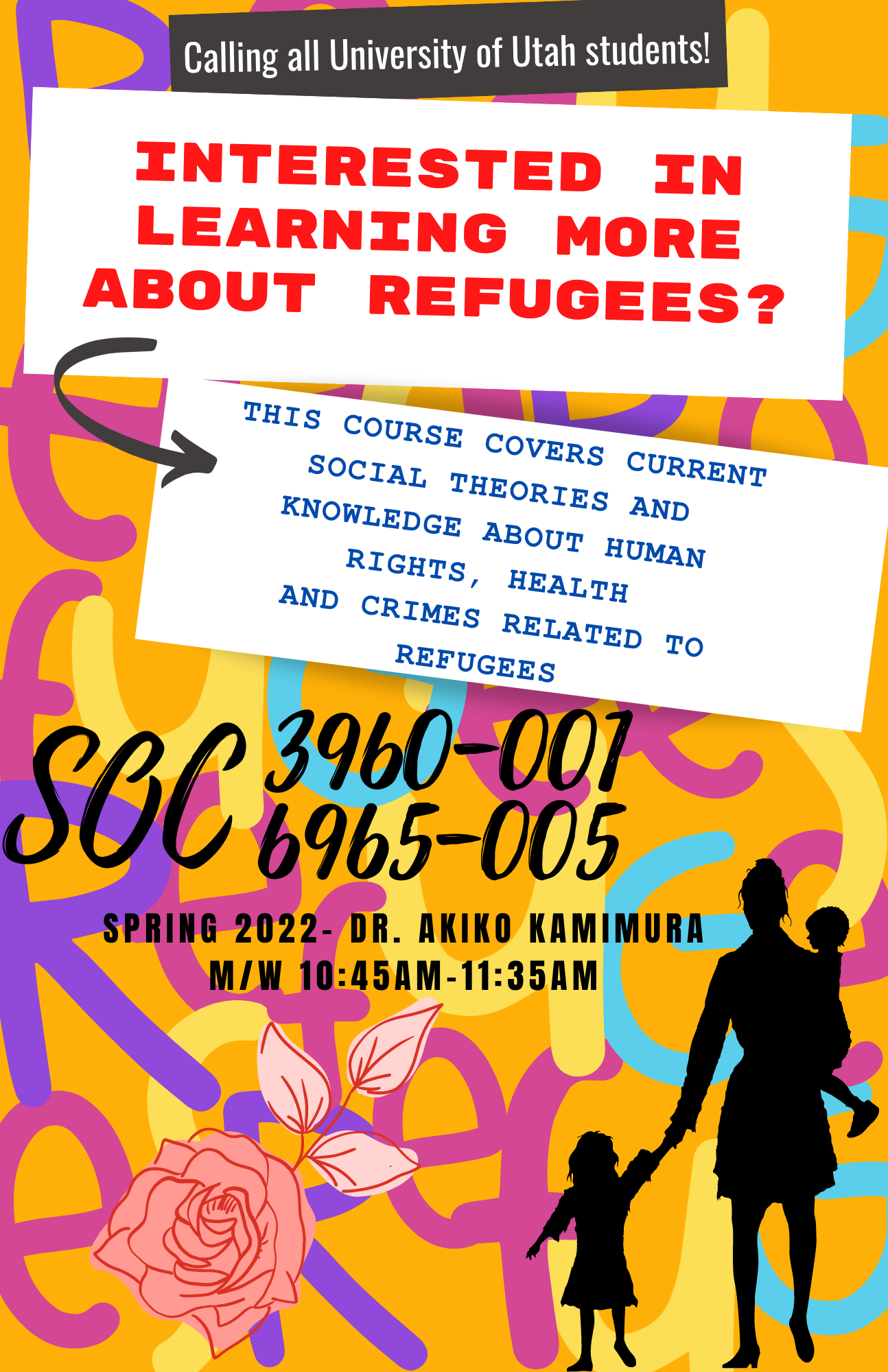 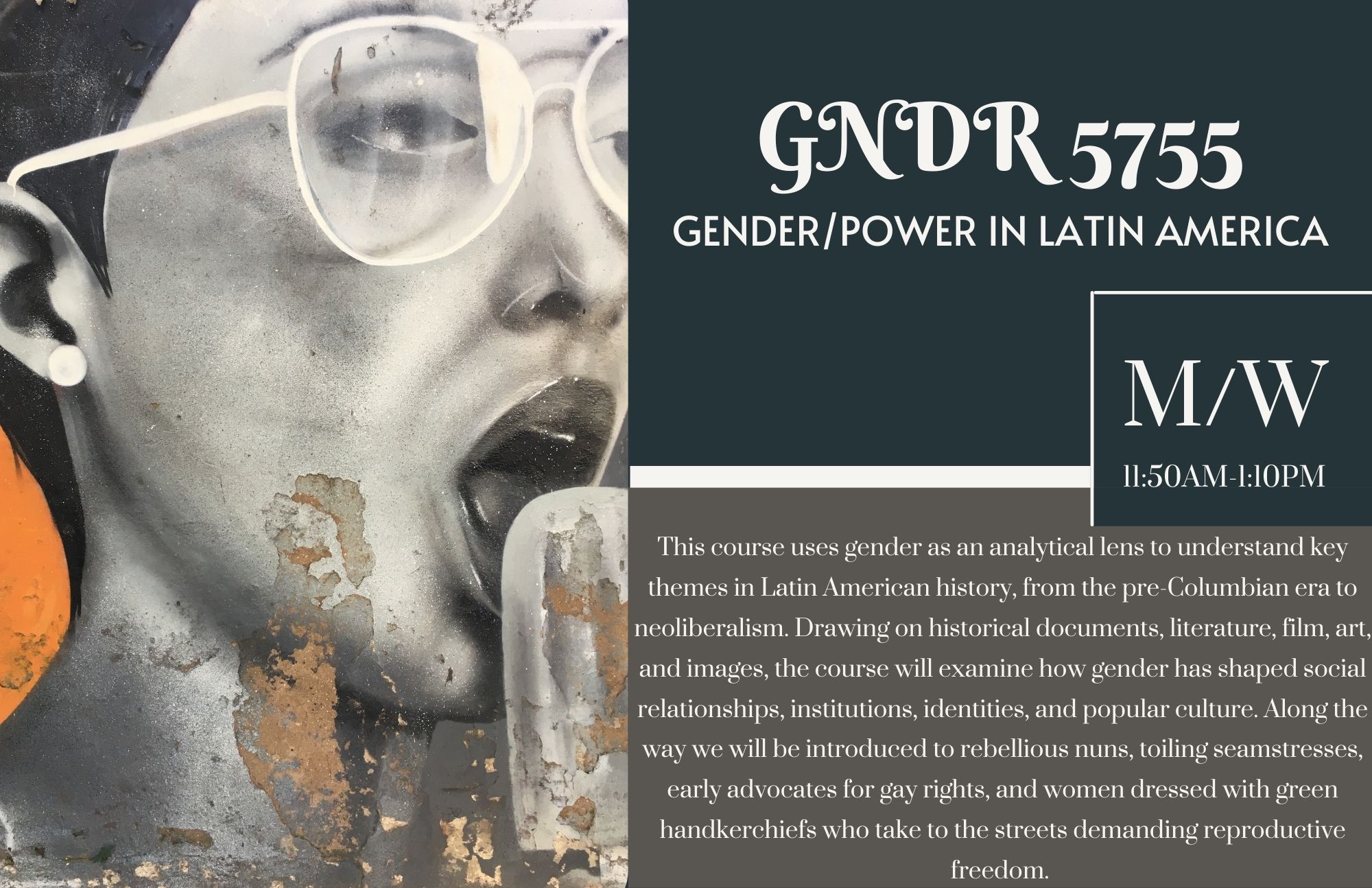 GNDR 5755: Gender/Power in Latin America
Days: Monday/Wednesday
Time: 11:50 am- 1:10 pm
This course uses gender as an analytical lens to understand key themes in Latin American history, from the pre-Columbian era to neoliberalism. Drawing on historical documents, literature, film, art, and images, the course will examine how gender has shaped social relationships, institutions, identities, and popular culture. Along the way we will be introduced to rebellious nuns, toiling seamstresses, early advocates for gay rights, and women dressed in green handkerchiefs who take to the streets demanding reproductive freedom. 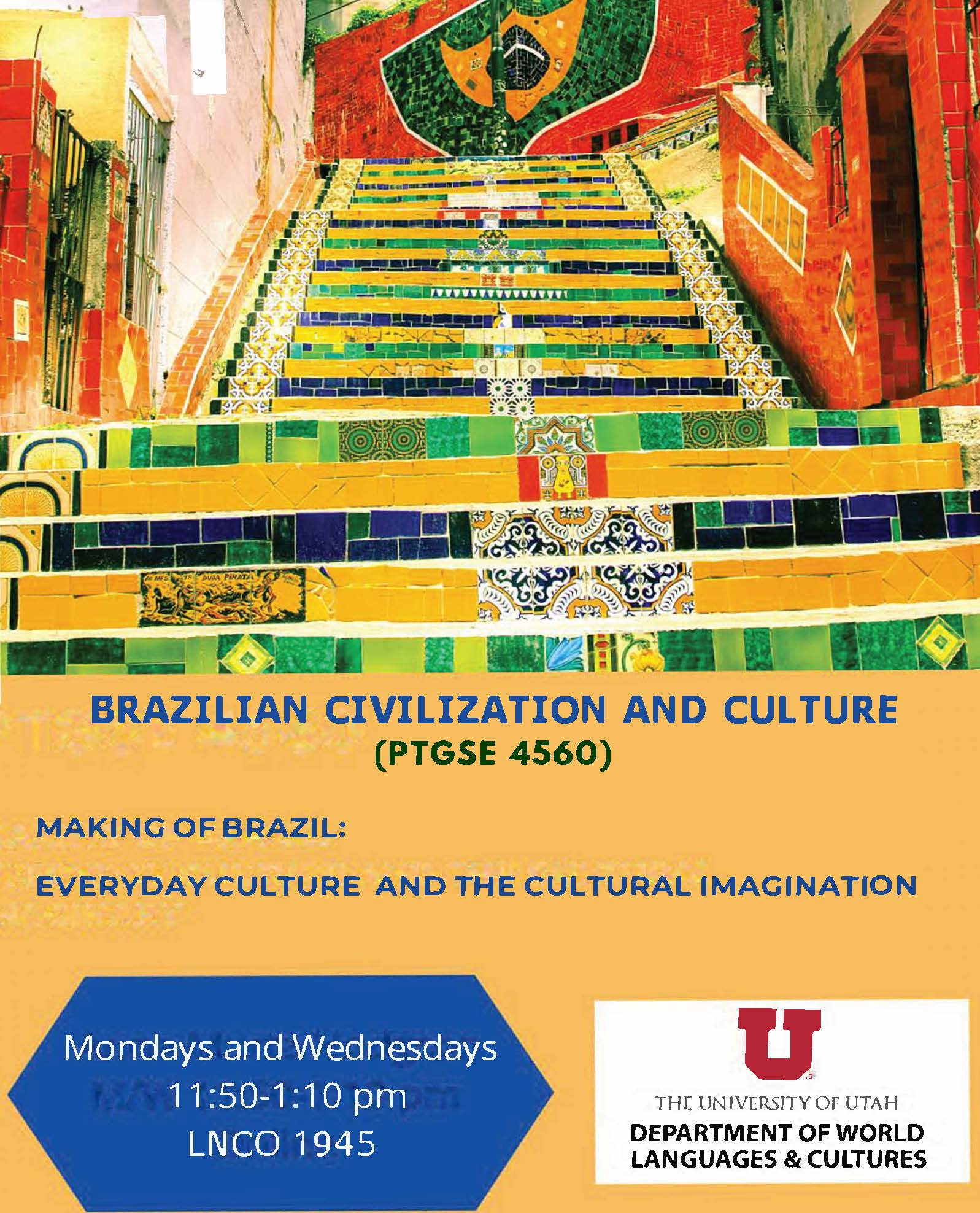 PTGSE 4560: Brazilian Civilization and Culture
Days: Monday/Wednesday
Time: 11:50 am- 1:10 pm
Location: LNCO 1945
Conducted in Portuguese.
This course is an interdisciplinary introduction to Brazilian civilization and culture. We will examine such topics as the legacies of indigenous people and empire, authoritarianism and democratization, migration and urbanization, racial and ethnic identity, women's roles, religion, the role of the complexity, variety, and unique cultural and historical experiences that characterize Brazil. 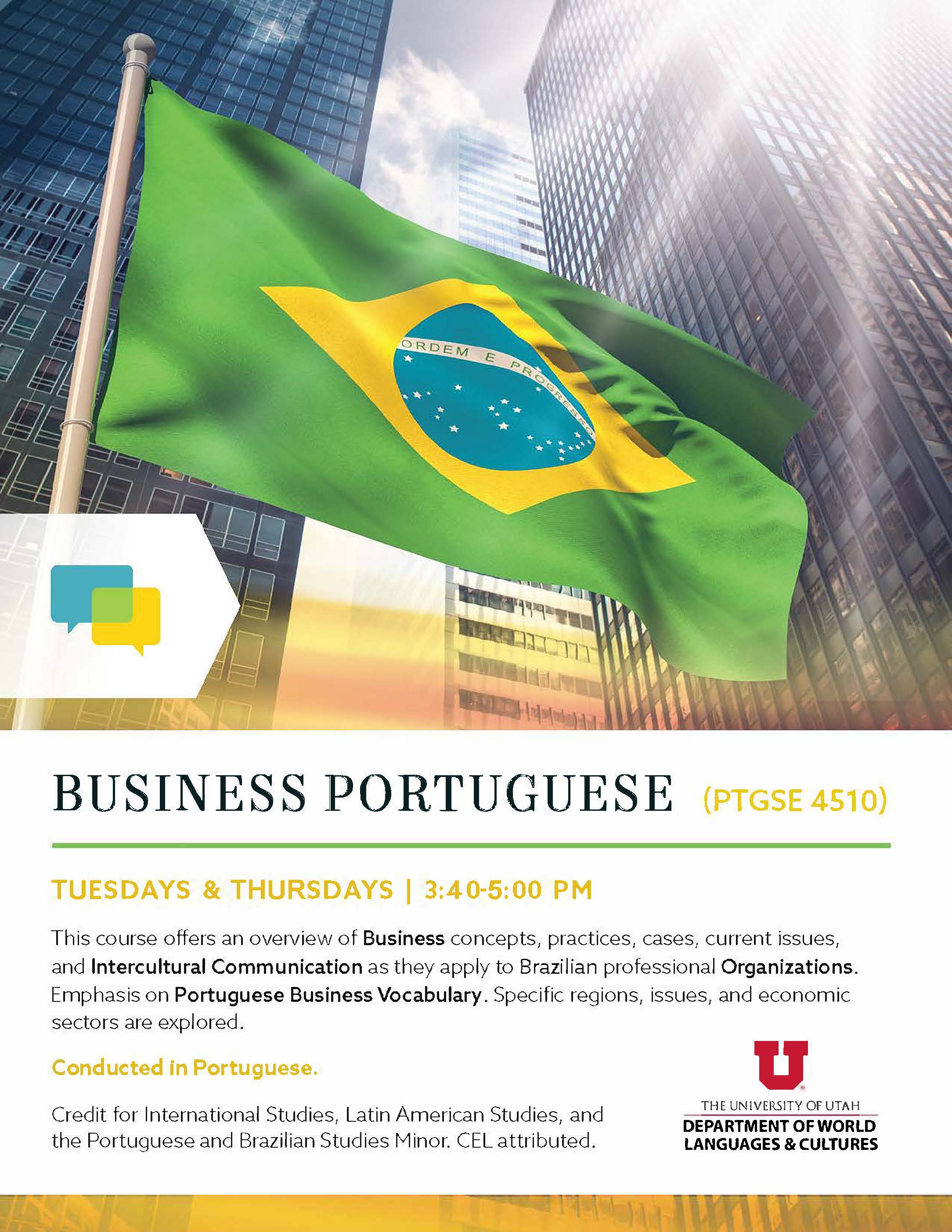 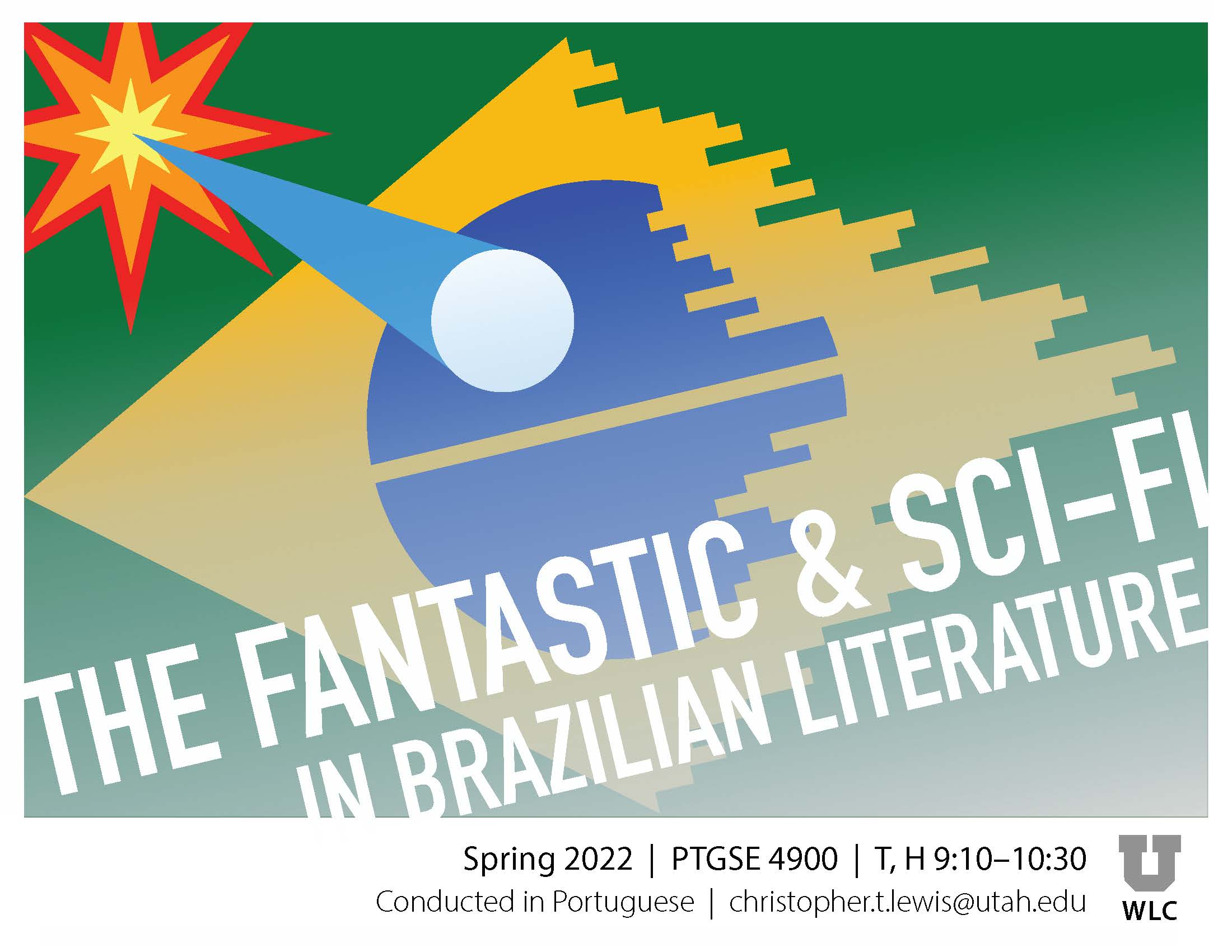 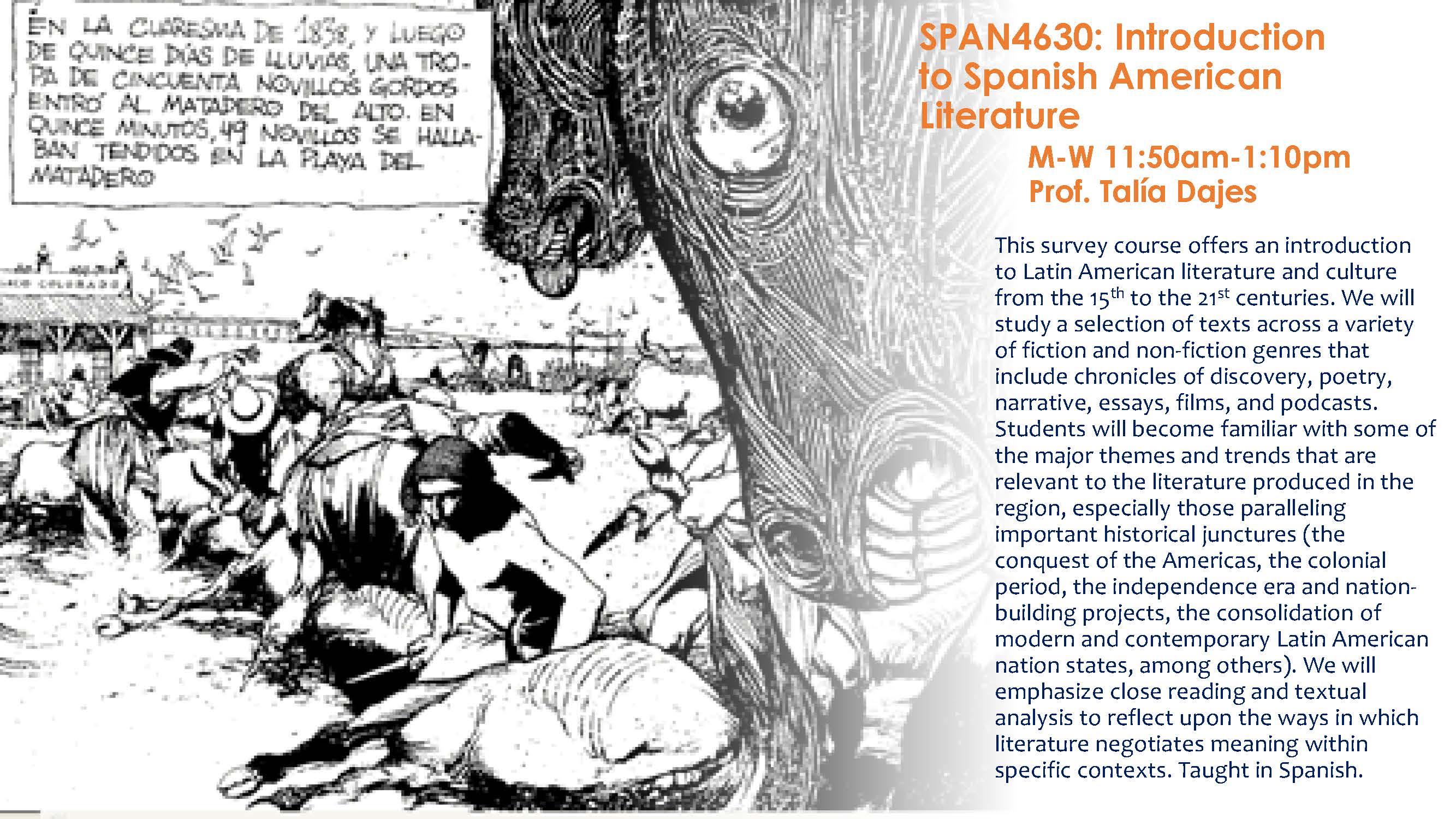 This survey course offers an introduction to Latin American literature and culture from the 15 th to the 21 st centuries. We will study a selection of texts across a variety of fiction and non fiction genres that include chronicles of discovery, poetry, narrative, essays, films, and podcasts. Students will become familiar with some of tthe major themes and trends that are relevant to the literature produced in the region, especially those paralleling important historical junctures (the conquest of the Americas, the colonial period, the independence era and nation building projects, the consolidation of modern and contemporary Latin American nation states, among others). We will emphasize close reading and textual analysis to reflect upon the ways in which literature negotiates meaning within specific contexts.

POLS 3550: Politics of Latin America
Days: Monday/Wednesday
Time: 11:50 am- 1:10 pm
Location: GC 4700
This course is designed to be a survey of the government and politics of Latin America countries, highlighting important issues common to countries in the region such as transition from authoritarianism, economic reforms and change, environmental politics, human rights, quality of democracy, revolts and revolutions, poverty and protest, etc.
POLS 6960-006: Politics, Groups, and Identities
Day: Tuesday
Time: 2-5 pm

This is a political science graduate seminar for students interested in identity politics, broadly defined. We will survey the broad social science literature on identity, beginning with foundational theoretical frameworks from multiple disciplines before exploring the causes, mechanisms, and consequences of identity politicization. The course will take a comparative politics approach to these questions and study contexts around the world, but will also be of interest to students of American politics and political behavior, international relations, and political theory.

This class introduces students to writing genres and the craft of textual analysis in Spanish through the comparative study of works from Latin America and Spain. We will consider a variety of genres like narrative fiction and non-fiction, poetry, drama, essay, testimony, and aphoristic writing. We will also examine visual texts such as comics, films, graphic novels and, possibly, new media genres.  Students will learn how to identify, analyze, and write in Spanish about different literary tropes, rhetorical figures, argumentative forms, and expository methods employed in the selected materials.

This course offers a panoramic overview of Latin American social, political, and cultural history from pre-colonial times to the 20th century. Topics will include the European conquest and colonization; indigenous societies past and present; 19th-century wars of Independence, nation-building projects, and intellectual traditions; 20th-century populism, revolutionary movements, and modernization ideologies; the wave of military dictatorships and the transition to democracy, as well as several cultural and artistic trends from different periods and sub-regions of the continent. 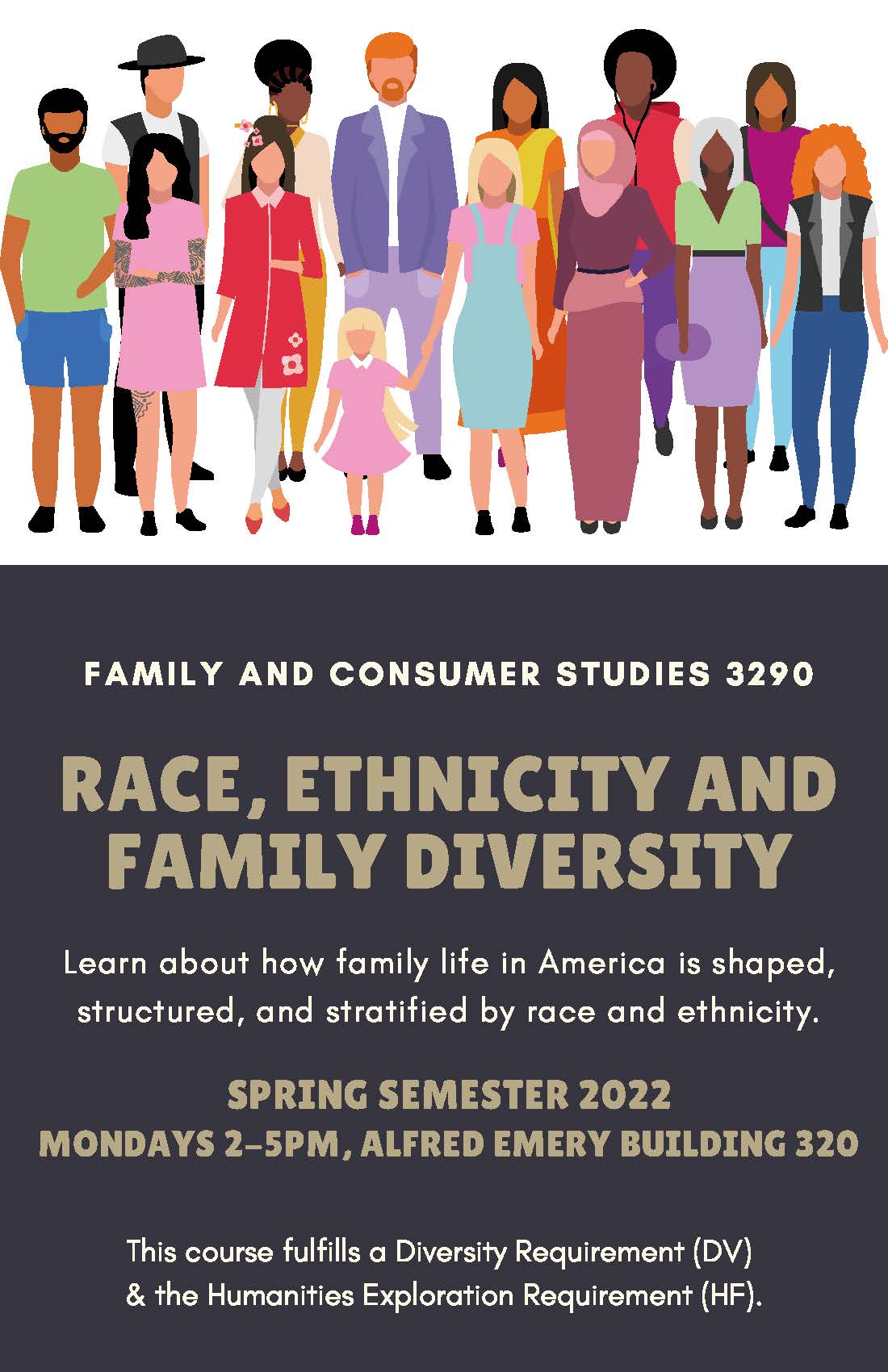 FCS 3290: Race, Ethnicity and Family Diversity
Day: Monday
Time: 2-5 pm
Location: Alfred Emery Building 320
This course examines how race and ethnicity shape and structure family life in the United States. Utilizing a multidisciplinary lens, as well as theoretical and empirical research, students will analyze the diversity among major racial and ethnic groups, including Latinx, Black, Asian American, Native American, Anglo American and multiracial families. In addition to examining the respective cultures, heritage, and strategies for resilience, students will explore the challenges facing families due to marginalization and the potential of social and public policies for addressing these challenges.
This course fulfills a Diversity Requirement (DV) & the Humanities Exploration Requirement (HF).
Last Updated: 11/30/21