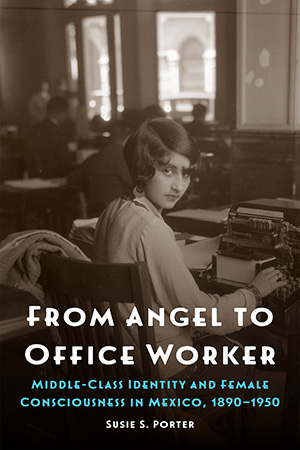 This year's prize will be presented to Professor Susie Porter for her work, entitled "From Angel to Office Worker: Middle-Class Identity and Female Consciousness in Mexico, 1890–1950". In late nineteenth-century Mexico a woman’s presence in the home was a marker of middle-class identity. However, as economic conditions declined during the Mexican Revolution and jobs traditionally held by women disappeared, a growing number of women began to look for work outside the domestic sphere. As these “angels of the home” began to take office jobs, middle-class identity became more porous.

To understand how office workers shaped middle-class identities in Mexico, From Angel to Office Worker examines the material conditions of women’s work and analyzes how women themselves reconfigured public debates over their employment. At the heart of the women’s movement was a labor movement led by secretaries and office workers whose demands included respect for seniority, equal pay for equal work, and resources to support working mothers, both married and unmarried. Office workers also developed a critique of gender inequality and sexual exploitation both within and outside the workplace. From Angel to Office Worker is a major contribution to modern Mexican history as historians begin to ask new questions about the relationships between labor, politics, and the cultural and public spheres.