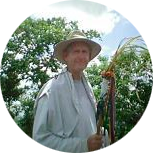 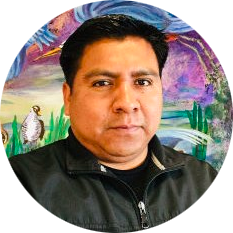 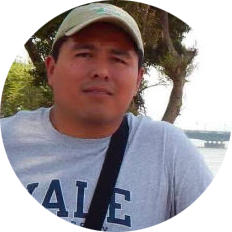 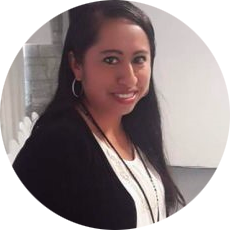 Mr. Abelardo de la Cruz is a Nahuatl native speaker from Tepoxteco, Chicontepec, Veracruz. Currently, he is a Ph. D. Candidate in Anthropology at the University of Albany, SUNY. He obtained his master’s degree in Humanistic and Educational Research (2015) and a bachelor’s degree in Law (2012) from the Autonomous University of Zacatecas (UAZ). Over the summer he serves as a Nahuatl instructor at the University of Utah. Mr. de la Cruz is a coauthor of the book “Citlalmachiyotl,” a colonial drama of the Three Kings, and recently published a book chapter titled "The value of custom and Christianity in the Discourse of Nahua Catechists from the Huasteca Region.” His fields of interest include the teaching of Nahuatl as a second language and the Nahua religion led by catechists and prayer specialists known as “motiochihuanih” from northern Veracruz.

Dr. Sullivan is a Nahuatl philologist with a Ph.D. in Hispanic literature at the University of California, San Diego (1995) and a John Simon Guggenheim Memorial Foundation fellow (2007). In addition to holding the title of Director at Zacatecas Institute for Teaching and Research in Ethnology (IDIEZ), Classical Nahuatl instructor at the University of Utah, visiting professor at the University of Warsaw where he serves as the coordinator of the Nahuatl Revitalization Research Team within the Revitalizing Endangered Languages Project. Dr. Sullivan is also a researcher in the ERC Starting Grant project "Europe and America in contact." He holds several article and book publications with the most recent co-authorships being the article “Convergence as the driving force of typological change in Nahuatl” and the monolingual dictionary "Tlahtolxitlauhcayotl: Chicontepec, Veracruz."

Mr. Eduardo de la Cruz is a native Nahuatl speaker from Lindero 2, Chincontepec, Veracruz. He holds the position of associate director and chief operating officer at IDIEZ; in addition he serves as an instructor in summer courses at the University of Utah; online courses during the school year with the University of California Los Angeles, Stanford University, San Diego State University, University of New Mexico and the University of Michigan. Mr. de la Cruz obtained his master's degree in Humanistic and Educational Research (2015) and a bachelor’s degree in Economics (2010) from the Autonomous University of Zacatecas (UAZ). He is currently a Ph.D. candidate at Warsaw University’s Faculty “Artes Liberales.” He is also the author and co-author of several Nahuatl monolingual books, including "Cenyahtoc Cintli Tonacayo: Huahcapatl Huan Tlen Naman" and "Tototatahhuan Ininixtlamatliz." His main topics of study include indigenous methodologies, ceremonial practices of corn cultivation, and Nahua welfare concepts.